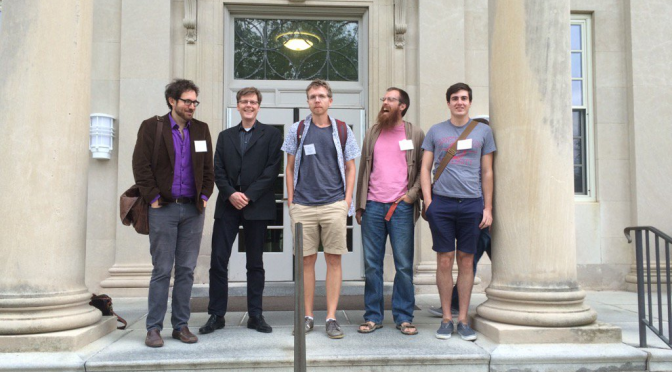 José Carmo and Andrew J.I. Jones have studied contrary-to-duties obligations in a series of papers.

They develop a logical framework for scenarios such as the following:

One conjecture from Carmo and Jones 1997 was refuted in a rather technical way in my 1996 term paper at University of Oslo.
The conjecture stated that one could simply add the condition
$\DeclareMathOperator{\pii}{ob}$
$$
(Z \in \pii(X)) \land
(Y \subseteq X) \land
(Y \cap Z \ne \emptyset ) \rightarrow (Z \in \pii(Y )) \tag{5e}
$$
for the conditional obligation operator ob.
In a follow-up paper (2001) they argued that (5e) could be added by weakening some other conditions.
In a new paper in Studia Logica, and presented at the Association for Symbolic Logic Annual Meeting 2016 at UConn, I argue that (5d) and (5e) are in conflict with each other. The argument is a generalization and strengthening of the 1996 argument.

2018: Benzmüller et al. have implemented Carmo and Jones’ logic in the proof assistant Isabelle and Jake Fennick’s MA project is the implementation of my follow-up paper in Isabelle.