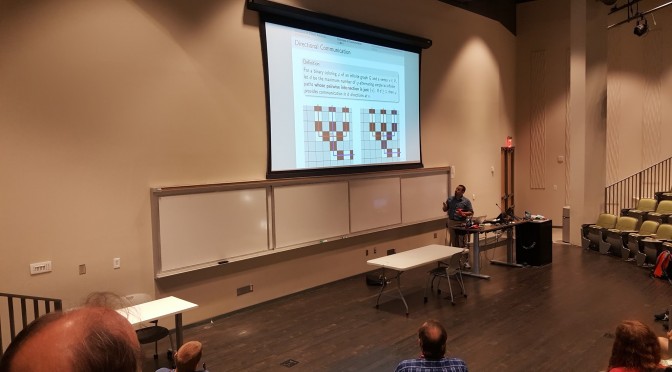 Imagine a lock with two states, locked and unlocked, which may be manipulated using two operations, called 0 and 1. Moreover, the only way to (with certainty) unlock using four operations is to do them in the sequence 0011, i.e., $0^n1^n$ where $n=2$. In this scenario one might think that the lock needs to be in certain further states after each operation, so that there is some memory of what has been done so far. Here we show that this memory can be entirely encoded in superpositions of the two basic states locked and unlocked, where, as dictated by quantum mechanics, the operations are given by unitary matrices. Moreover, we show using the Jordan–Schur lemma that a similar lock is not possible for $n=60$.

Details in the paper: Superposition as memory: unlocking quantum automatic complexity which appeared in the Lecture Notes in Computer Science volume of the conference Unconventional Computation and Natural Computation (UCNC) 2017.